What is Listing of Shares in Stock Market? 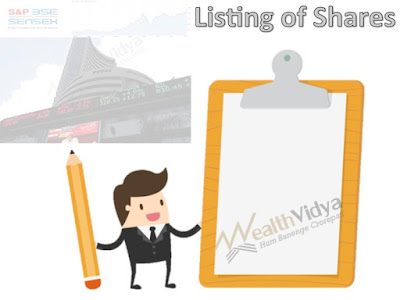 Listing of shares in the stock market is the act of registering the share for public trading in a stock exchange. This is a very important step that brings liquidity to the share and the financial investment. The advent of online digital platforms has enhanced this liquidity many folds. A decade back stockbrokers used to jostle and shout the bids inside the stock exchange.

The Initial Public Offer (IPO) is a very important step that precedes listing. So let us study IPO in a bit more detail and revisit listing thereafter.

An initial public offer of shares is cumbersome and time-consuming process. First of all law shall permit it. For example a private company cannot sell shares to the public. In case a private company wants to go public, it must first convert itself into a public company. Next the issue must comply with the stock market regulations and the regulators (Securities and Exchange Board of India (SEBI).

The general steps of an initial public offer in India are as follows: 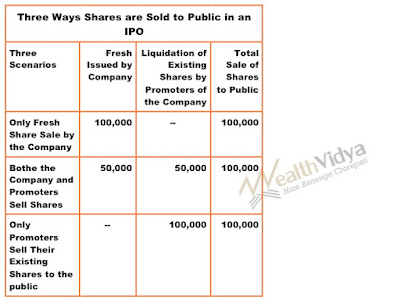 The prospectus is a very important document based on which the investors decides to make an investment in the company. Therefore due care must be taken both by the company and the merchant/ investment banker. It must be factually correct. Future prospects should be estimated on a conservative basis. If things are over promised in the prospectus and if an investor suffers a financial loss he or she may file a lawsuit.

The shares are sold aggressively through stockbrokers. Today people can subscribe online, circumventing the tedious paper based process.

The company allots shares based on a process, at a price. The proportion of number of shares allotted to the number applied depends on how many times the public issue is oversubscribed.

This completes the process of sale of shares to public.

Often listing of a company’s shares in a stock exchange is accompanied pomp and ceremony. In the BSE the ceremonial bell heralds the listing.

Listing Gains
Depending on the popularity, size, profitability and fundamental financial strengths of the company the shares after listing can trade at much higher prices than at which the investors bought them in the IPO. These are called listing gains. Many speculative investors try to profit from such gains. Indigo airline is a good example of listing gains. The issue price was Rs.765 a share. On the listing day the share opened at Rs.856 on the BSE, touched a high of Rs.898 and closed at Rs.878.45, a listing gain of 14.83%.

Over Pricing the Issue

In India a very bad practice of overpricing the issue is widespread. This practice resulting extracting the entire value by the company leaving very little for the investors.

What have long-term investors gained by purchasing the shares in the last seven years?

This is not an isolated case but a normal trend.

That is why I do not buy shares through an IPO.

You will always get an opportunity to buy the shares at lesser prices at a latter date.


To conclude, listing of shares in a stock exchange is a process that enables trading in the shares and endows liquidity to the investment in the shares.