How Value Investors Would have Managed their Portfolios during 2008 Market Crash?

Actual Question:
How did Mr.Jhunjhunwala and Mr Damani manage their portfolios during 2008 market crash?

Dear Friend!
I do not know how Mr.Rakesh Jhunjhunwala and Mr.Damani managed their portfolios during the post Lehman Brothers market crash but I know what I did and I presume they too would have done the same - bought more shares! Surprised?
Believe me that is what I exactly did. I used buy and next day the market would have fallen 10–15%. I would buy again. Again crash. Again bought. In this fashion my portfolio nearly halved in size. That meant I had lost 50% of my cash investment!
I was not at all afraid to put more money in - of course I was very nervous. But I kept my nerve and continued buying.
Why?
Because I was a value investor then as I am today. All the shares I owned were of excellent companies.
I think the BSE Sensex plunged from 20827 to below 8000 - a crash of over 60%!
After the complete collapse, I began feeling scared - I was scared out of my trousers - for it was not just about the stock markets but it appeared that the whole world was falling apart - especially the financial world.
Gripped by fear, when the markets started rebounding, after global, concerted action, including India, by way stimulus packages, I made the biggest mistake in my life!
When the Sensex regained 14000–15000 levels by about March 2009, out of sheer panic, I liquidated my portfolio completely with about 250% returns. It was a serious mistake because the market not only regained 21000 by November 2010, I was completely shut out of the market for many years.
In conclusion, I believe Mr.Rakesh Jhunjhunwala and Mr.Damani would have certainly bought during the crisis and would have retained their investments unlike what I did.

What is the Ideal Frequency of SIP Investment? - Slide

What is Short-Covering? - Slide

Short covering is the corrective action for short selling. It is the reverse of short selling. A speculator makes a bet that the price of a particular scrip or share is likely to fall and short sells. The price may go against his or her expectations and may instead rise. In this situation he or she will now have to buy the shares immediately, to honour previously short sold (cover the sale) as well as minimise the loss - as if the buy decision is delayed the price may climb even higher increasing the loss. 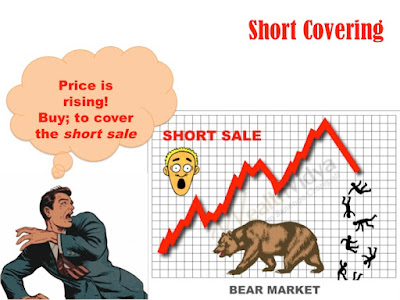 Short selling, short covering and so on are purely speculative activities and are NOT-AT-ALL considered as investing.
Please learn value investing at ‘Wealth Vidya’ and gradually but surely progress towardsfinancial freedom and become rich and wealthy over a long period of time.

What is the Best Frequency of SIP Investment Subscription? 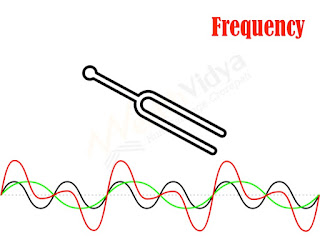 In India salaries are paid once a month. I hear that in the US wages are paid every week.

In whatever intervals you receive your regular income – weekly or fortnightly or monthly – you must first invest, maybe in the form of SIP and only thereafter start spending. ‘Invest First – Spend Next’ is the mantra for financial freedom and wealth creation.

In conclusion, in India, where salaries and wages are paid every month, monthly frequency is the best.
Posted by P.Anand at 5:30:00 AM No comments: Links to this post